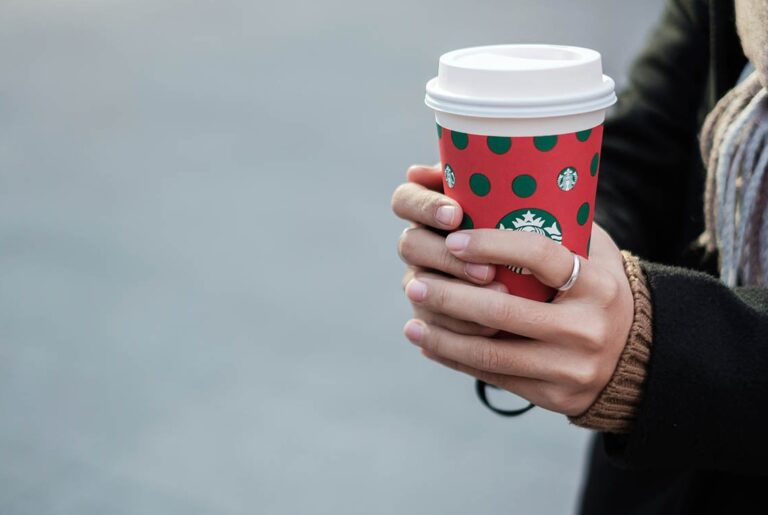 Wondering what Starbucks drinks are safe to have while pregnant? Here is the list of options that contains no more than 200 mg caffeine!

Being a mother is an irreplaceable blessing indeed, but it comes after a stone stepping way. Pregnancy is synonymous with complications, suffering, tribulation, compromise, exertion, and more. A woman has to carry a baby inside her and take double, triple care of herself to give birth to healthy offspring. There are so many restrictions that come side-by-side in this journey, and more significantly, the limitations of different foods.

As a Starbucks starstruck, I can give up on anything except that, but what if I have to curb that too? Wondering this triggered me to surf this topic over the web and recognize what gynecologists said about it. If you’re also wondering what Starbucks drinks you can have while pregnant, then you’re in the right circle. In this blog, I will share the name of Starbucks drinks that are harmless in pregnancy! So let’s start.

Before moving onto the list, it is essential to know the caffeine dosage allowed in pregnancy. According to ACOG (American College of Obstetricians & Gynecologists), caffeine consumption below 200 mg in 24 hours is moderate, as it doesn’t lead to miscarriage, pre-birth, or any such cases. Isn’t it good news for us—the coffee lovers?

A 12-ounce coffee cup that is brewed at home contains around 100mg caffeine concentration, which means that you can consume approximately two cups if you want to. But, in my opinion, one cup is enough to satisfy your caffeine cravings. However, that’s not the case with Starbucks! At coffee shops, a cup of 12-ounces has higher caffeine, i.e., 235 mg, because it is not home-brewed.

There are three stages of hot coffee available at Starbucks: light roast called blonde; medium roast, which is called pike place; and dark roast. I can feel your tongue craving for dark roast, but hold on; you can’t go for it every day. If you crave hot coffee, you can only opt for a small cup that holds up to 180 mg caffeine. Except for this one, all sizes are beyond the boundary for pregnant ladies!

However, if you crave a pike place, you can have a venti too, as it has less caffeine concentration.

A most-demanded cappuccino is derived with fermented espresso and fortunately holds caffeine under 200 mg. A grande cup of cappuccino with milk (two percent), foam, and vapor contains around 150 milligrams of caffeine. You can even choose venti or a large cup of cappuccino coffee during pregnancy because of the lower caffeine amount.

At Starbucks, iced coffee is available of one type only, which contains upto 165 mg of caffeine in a single cup. The caffeine concentration varies with the size of the cup you ordered for yourself. We all know that caffeine uptake is limited in pregnancy, so please go for a small cup of Starbucks iced coffee to satisfy your cravings. A tall cup is also okay to sometimes have, but please never go for venti size because it contains around 240 mg of caffeine which is excessive.

The brewed cold coffee is somehow similar to Starbucks iced coffee. It contains around 200 mg caffeine if you opt for a grande, which is allowed during pregnancy. But, options larger than this are strictly restricted because of the over-concentration of caffeine. Please don’t consume caffeine daily because, after all that conversation, the facts revealed that caffeine is not considered a good consumption for your baby!

Latte lovers are on the good side because all flavors under this category contain no more than 200 mg of caffeine on Starbucks. For instance, the grande of Caramel flavor Brulee latte at Starbucks contains 150 mg of caffeine only, the blond vanilla flavor latte has 170 mg of caffeine, and so on. So you can indeed have those options because these are within the caffeine consumption limit during pregnancy.

Craving for swift caffeine? Have a Starbucks espresso shot! But make sure to consume two shots only in doppio size, equivalent to 150 mg caffeine. If you cross this limit, the caffeine concentration will exceed, which is unhealthy for you.

The Starbucks menu has a list of flavors of Frappuccino, and all of those are great if you’re craving a cold drink! The Frappuccino flavors include caramel Brulee, peppermint chocolate mocha, host, chestnut praline, and more. Trust me, all of those flavors are heavenly! These drinks contain caffeine intake below 200mg, but you need to only go for average or small cup sizes. Please take notes of caffeine consumption and total calories.

Can Starbucks cause miscarriages?

According to researchers, 200 milligrams of caffeine consumption in 24 hours is a limit! If you exceed that, it might lead to miscarriages, pre-births, etc. I usually had a 12 ounces cup of home-brewed coffee once a day to satisfy my caffeine needs within the boundaries.

Is it okay to drink a little coffee while pregnant?

Yes, as I mentioned above, 200 mg caffeine is allowed during pregnancy in a day. This concentration is declared by the World Health Organization (WHO) and the American College of Obstetricians & Gynecologists (ACOG). However, excess consumption might lead to caffeine toxication.

What if I accidentally drank too much caffeine while pregnant?

Caffeine metabolism is typically slower in pregnant women as compared to ordinary women. High consumption led to caffeine toxication, which causes a rapid increase in fetal catecholamine levels. The condition sooner or later grounds to increased embryonic heartbeat, impair embryonic oxygenation, and placenta vasoconstriction. Therefore, there is an urgent need for treatment to detoxify the caffeine accumulation in such cases.

Starbucks is truly an addiction! In pregnancy, women go through suffering, headaches, migraines, etc., in which caffeine is an exit gate. In this blog, I mentioned the Starbucks drinks, which are allowed in pregnancy but consider the discussed concentration. Please take notes of your regular diet, caffeine intake, calories, and exercise every day. I hope your pregnancy journey will be safe and healthy!